Prenatal exposure of children to phenols and phthalates 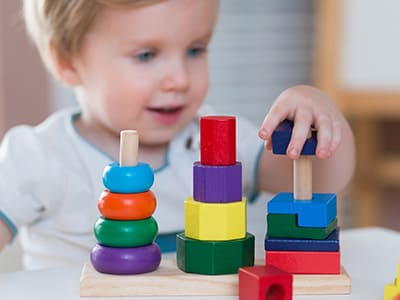 Can exposure to a mixture of phenols and phthalates influence child behavior at two years?

Phenols and phthalates are two families of synthetic compounds used in many everyday products. Those families include bisphenols, which are incorporated into some plastics (e.g.: polycarbonate), resins, and triclosan which are used as an antibacterial and antifungal agent in a number of hygiene products and textiles. An increasing number of studies suggest that prenatal exposure to some of these compounds may have an impact on future child’s neurodevelopment. However, the majority of those studies are characterized by an inaccurate measure of exposure. Also, they determined the individual effect of each substance, without assessing the effect of combined exposure to multiple phenols and phthalates.

On average, 42 urine samples were collected by the SEPAGES volunteers during their pregnancy. Various chemical compounds characterizing exposure to 12 phenols, 7 phthalates and DINCH (a compound used as a substitute for some phthalates) were assessed from these samples in a laboratory of the Norwegian Institute of Public Health (Oslo).

Questionnaire administrated to the parents

Around the child’s second birthday, the SEPAGES team administered, by phone to one of the two parents, a questionnaire named CBCL (Child Behavior Checklist). This standardized and validated questionnaire allows to calculate scores related 1) to internalizing behaviors, characterized for example by emotional reactivity, anxiety/depression problems, withdrawal and 2) to externalizing behaviors which may result in attention problems and aggressiveness.

The main result of the study suggests that prenatal exposure to a mixture of phenols and phthalates may promote internalizing and externalizing behaviors at two years of age, with possibly stronger effects in young girls. Among the studied compounds, bisphenol A, triclosan and diethyl-phthalate (DEP) had the greatest effect on externalizing behaviors. Regarding internalizing behaviors, the study highlights the role of three phthalates: DEP, butyl-benzyl-phthalate (BBzP) and di-n-butyl-phthalate (DnBP). Use of BBzP and DnBP is now banned or regulated in cosmetics, food containers and childcare articles. Bisphenol A is forbidden in baby bottles, food containers and its use is regulated in sales receipts.

Why is this study innovative?

The originality of this study lies on its ability to take into account simultaneous exposure to several phenols and phthalates. This is important because these compounds could act together on a given health outcome. The large number of urine samples collected during pregnancy allowed to estimate exposure to phenols and phthalates and their effects more accurately than previous studies which were often limited to a single maternal urine sample.

The research team will continue to investigate whether the associations observed at two years of age remain as the children grow up, using data collected at 3, 5 years and the new 8-year follow-up. Blood samples taken during pregnancy will also allow to study the biological mechanisms that may be involved. The team will be particularly interested in the role of thyroid function, essential for the proper development of the central nervous system. 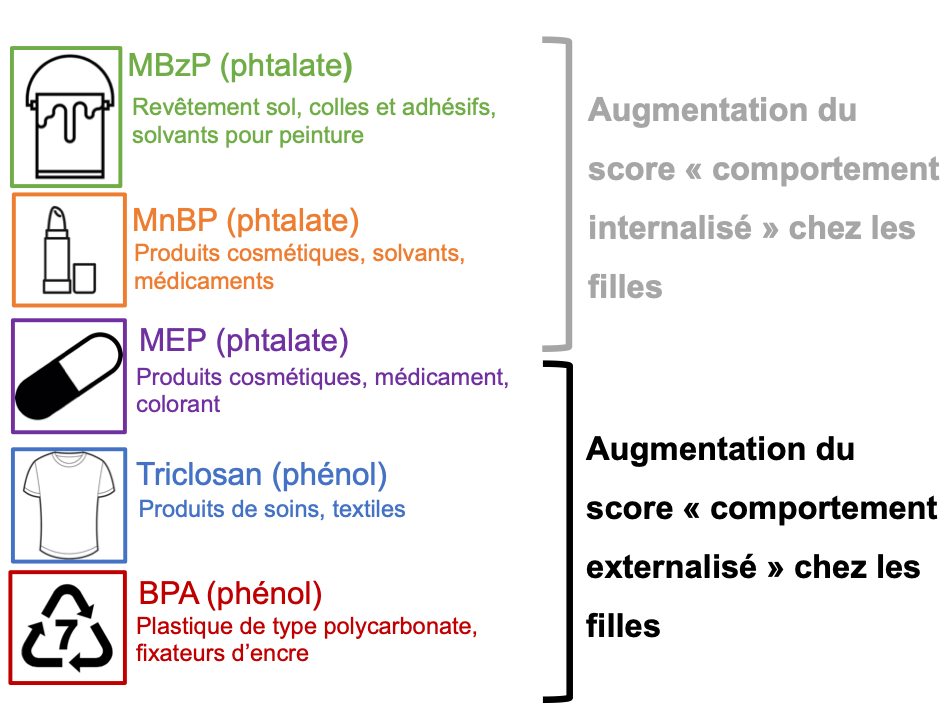